Michael is Managing Partner at Wider Sense GmbH and Wider Sense TraFo gGmbH. From fall 2006 until end of 2007 he worked for the German Bertelsmann Foundation as Program Director of the Carl Bertelsmann Prize 2007 “Civic Engagement as an Educational Goal”. Michael joined the Bertelsmann Foundation in 2001, first as director of programs in the field of democracy, human rights and tolerance education, and in 2005 he joined the office of the board of the Bertelsmann Foundation as a facilitator and strategy advisor. From 1998 until 2000 Michael worked as intercultural counsellor and programme director for the German Youth For Understanding Committee e.V. (YFU) in Hamburg – a leading non-profit long-term youth exchange organisation.

Michael holds a Masters in North American Studies and Anthropology from the University of Bonn. He was instructor for German language and media at Oxford University and is a certified communications trainer, facilitator and mediator.

Michael brings his experience in organizational management and facilitation to help you understand the complexities of your philanthropic engagements, in order to strengthen the operations of both your foundation as well as the implementing partners you support. 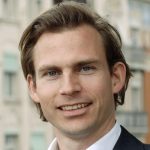 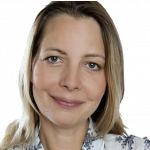